The British-born Indian Sikh Army, Captain Preet Chandi, is ready to embark on her 700-mile trek to the South Pole where she will endure temperatures as low as -50C and wind speeds of up to 60mph, while pulling a 90kg sled. 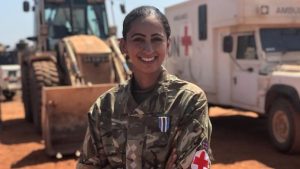 Captain Preet Chandi did embark  November 7 on the long voyage to Antarctica. Once there, she hopes to become the first woman of color to ski solo and unsupported to the South Pole. According to the latest UK government report  on diversity in the Armed Forces, Black, Asian and minority ethnic personnel made up 2.7% of officers in the UK Regular Armed Forces as of April 1, 2021. Only 0.1% of personnel who declared their religion were Sikh, the report said.

After graduating and juggling work as a physiotherapist with her Army Reserve commitments, Chandi decided to join the regular Army in 2012. Her military duties have taken her to Nepal and Kenya and, most recently, South Sudan, where she was deployed on a six-month United Nations peacekeeping tour.

Nothing about the expedition sounds easy.

After flying to Chile, she will be dropped at Antarctica’s Hercules Inlet. From there, Chandi will trek solo 700 miles across the ice to the pole, hauling a sled weighing 90 kilograms (nearly 200 pounds) with all her kit, fuel and food for around 45 days. 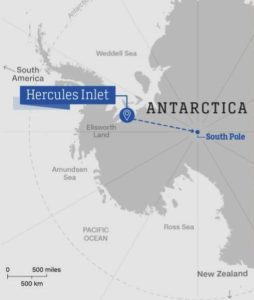 The sun will never set but temperatures could dip as low as minus 50 Celsius (minus 58 Fahrenheit) with wind chill. Her only contact with the outside world will be a daily check-in with her support team.

Chandi, who has adopted the nickname “Polar Preet” for her blog and fundraising efforts, has spent two and a half years preparing for the grueling expedition.

She’s undergone crevasse training in the French Alps, trekked across Iceland’s Langjökull Glacier and endured 27 days on the ice cap in Greenland — not to mention months spent dragging a heavy tire behind her back home in England, to simulate pulling a sled.

She said: “For this mission, I’m so grateful to have the Army’s support and allowing me to take time away from my day job.