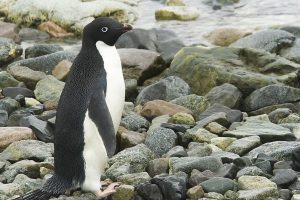 An Adélie penguin that washed up on a rocky New Zealand beach — nearly 2,000 miles (3,218 kilometers) from its home in Antarctica — last week, has been released back into the wild, experts say.

Nicknamed “Pingu” by locals, after the claymation children’s cartoon, the disoriented bird was found waddling around the beach at Birdling Flat on Nov. 10 and was swiftly taken to the Christchurch Penguin Rehabilitation for treatment, according to NBC News.

New Zealand’s Kaikoura Wildlife Hospital indicated in a Facebook post that Pingu was “underweight and dehydrated,” but that the young penguin, which rehabbers determined to be between 1 and 2 years old, was recovering strength on a diet of “fluids and fish smoothies.”