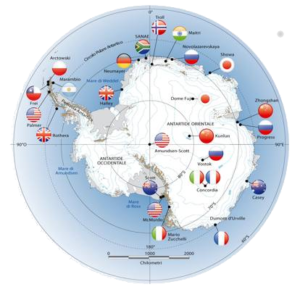 1st December 2017 – Antarctica Day falls on the anniversary of the adoption of the Antarctic Treaty, which took place on 1 December 1959.

The icy continent and its unique governance system is being celebrated around the world today, as the international community recognizes “Antarctica Day”’.

The number of parties to the Treaty has grown to 53 today, reflecting the increasing international recognition of the scientific and environmental values of Antarctica. Many of these countries are working in Antarctica to understand key scientific questions, and cooperate on science and logistic support activities.