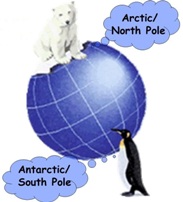 Pliocene beech fossils in Antarctica, when CO2 was at similar level to today point to planet’s future.
Trees growing near the South Pole, sea levels 20 metres higher than now, and global temperatures 3C-4C warmer. That is the world scientists are uncovering as they look back in time to when the planet last had as much carbon dioxide in the atmosphere as it does today.

Using sedimentary records and plant fossils, researchers have found that temperatures near the South Pole were about 20C higher than now in the Pliocene epoch, from 5.3m to 2.6m years ago.

Leaves of the extinct southern beech (Nothofagus beardmorensi) have been  found at Oliver Bluffs, in the Transantarctic mountains, Antarctica.