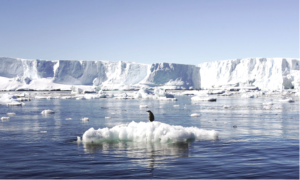 Dr Ruzica Dadic says there are complicated relationships between Antarctic snow and ice with feedback loops that need to be better understood as climate warms. The mysteries of how snow affects Antarctic sea ice remain largely unknown.

International research in recent years has increasingly delved into the links between snow and ice cover in the Arctic. But the intricate connections between the two in Antarctica, have not been as intensively studied.

A year ago, Dr. Dadic, a senior research fellow in the University’s Te Puna Pātiotio–Antarctic Research Centre, was part of the biggest polar expedition in history.

She was the only scientist from Aotearoa New Zealand invited to join the high-profile MOSAiC programme to the Arctic, which involved hundreds of researchers from 20 Countries.

More about MOSAIC on the video below