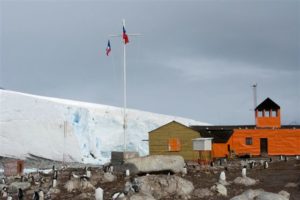 The Chilean scientific Base, Gabriel Gonzalez Videla, is located  at 64° 49′ 24″ South,  62° 51′ 7″ West on the Danco Coast at the north end of the “Antarctic” Peninsula. The Base is situated on two small islands: Lomnitz and Dott  (approx. 18,000 square metres),  The two islands are separated by a very narrow channel partly filled with morainal material. The northern island is named Isla “Lomnitz” and the southern island, Isla “Dott”.  Between the islands and the mainland is a 90-metre channel, which is dry at low tide. This channel and the eastern shores of the islands are covered by till. 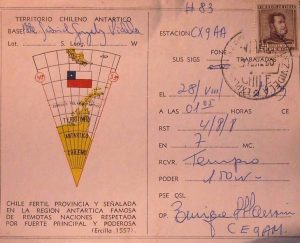 Isla Util, a small island in the Gerlache Strait, lies 7 miles north of the base. 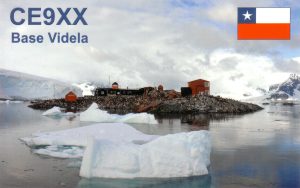 thin sections of the rocks collected were studied subsequently at the University of Wisconsin.

CE9AM was on the air from Pres.Gabriel Gonzalez Videla in 1959,  CE9XX operated by Mehdi F5PFP was active from this site  on february 2009