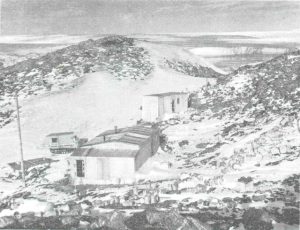 Thanks to Olivier F6EPN, we have rebuilt the history of Marret Base which, so far,  has been forgotten by our careful searches of old and new Antarctic Bases and settlements.
The reference  WAP FRA-11 to Marret Base issued now, fills a gap in the WAP Directory.

Here we are:
After two successive wintering at the Port-Martin station, 66°49’06” South, 141°24’02” East,  WAP FRA-Ø7 , a small Base has been built on Petrels Island to a few hundred meters only to the Emperor Penguins rookerie,   and was occupied for two winters, during which time the coastal islands were explored and ground control astrofixes observed with astro-labes and theodolites. 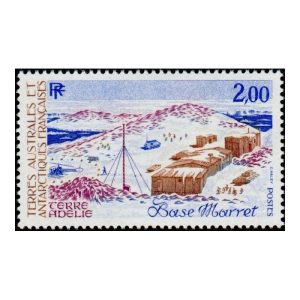 Seven people wintered there in 1952-1953 under the direction of Mario Marret. In January 1952,  the French Antarctic Expedition , enlarged the hut on Petrel Island to serve as the new base site.
It looks like FB8YY (and maybe also FB8AX, Marret’s callsign) did operate from Marret Station on that dates, as reported on a list present on LNDX website (see: FB8YY.XLS (lesnouvellesdx.fr) TNX F6AJA 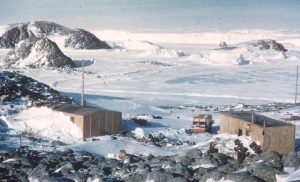 Today, the Marret building on Petrel Island, restored by the 36th French Mission, is always present and many are wintering them which made there some scrapers, evenings melted pancakes and others, on the traces of Prevost, Marret and the others…

Summing up, this is the true story: 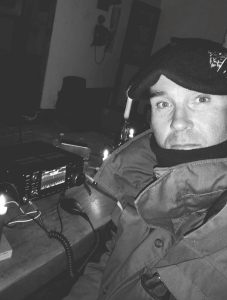 Today:
Considering that David Brunet F4FKT-FT4YM  has given permission to operate from inside of the Old Marret Base making a consistent number of QSOs (the picture prove his presence & activity),  it becomes logical to 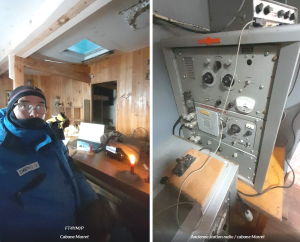 confirm that FT4YM/P operating from a building of   Marret Base be eligible as WAP FRA-11.

Congrats to David FT4YM, to Mehdi F5PFP and to all the French Hams who did help David to reach such a good goal

TNX F6EPN (aka Spratley Woody) for his precious help.

Credit and reference to: