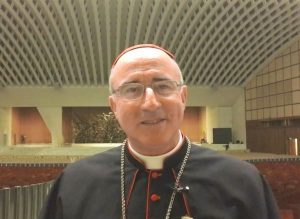 Like a letter left in the fireplace for Santa Claus, the Archibishop of Montevideo, Cardinal Daniel Sturla (picture aside) espresses the desire that Uruguay, likewise other Latin America’s nations and the world, could have its own Catholic Chapel in Antarctica.

The existence of  a letter was revealed by the weekly  “Busqueda Magazine” and was allegedly written in september 2015 to General Claudio Romano who then chaired  the Governing Council of the Antarctic Institute of Uruguay.

The letter, begins by referring to an unspecified requested, that came to the Archibishop from some people linked to the Uruguayan Antarctic Base Artigas .

Artigas (WAP URY-Ø1), is a small scientific research Station founded in 1995, on the Icy Continent. Right here, the Archibishop of Montevideo would like a “Chapel intended for prayer and personal reflection” to be erecterd. 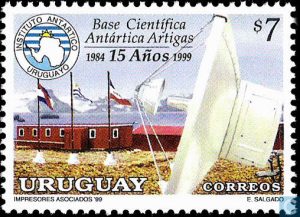 Artigas is a Base active all year round, with an allocation of 8 people in winter and 70 in summer. «We think that for our compatriots, who spend a season there , the presence of a Chapel and a place suitable for the image of our Patroness can only be of benefit» writes the Archibishop of Montevideo, Cardinal  Daniel Sturla.

For years at Artigas Base there has been an image of the Virgen de los Treinta  y tres Partroness  of Uruguay. «This avocation of the Mother of Jesus is linked to our homeland history» observed Monsignor Sturla.

«National Indipendence was proclaimed at the foot of the original image . Many patriots venerate Her and General Don Manuel Oribe, as a vote of Her, after a shipwreck, placed the golden crown on Her head with which She is honoured. Other nations present in Antarctica also have their own Chapel»

But the partiotic strings, such as religious ones and those od nationals prestige, do not seem to have mobilized the Uruguayan authorities in charge  of Antarctica, if.  until a little less than a year, after the request  was fornulated, it has not yet received an answer!

The weekly “Busqueda”, consulted in order the Deputy Minister of Defense, Jorge Menéndez, who declared that he was not aware of the petition of the head of the Uruguayan Church: «It may be that, the Antartic Institute itself considered that it was not relevant toforward it»,  he commented evasively.

Even the first recipent of the letter, Gen. Claudio Romano does not remember exactly what happend with the request. The Antarctic Institute receives many project and several of them “are not discarted”,   he justified himself, but no attention is paid if those who presented them “do not insist on showing interest”. 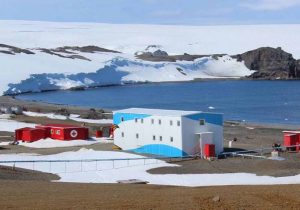 Also laconic was the head of the Army, Real Admiral Leonardo Alonso, who stated that although he does not oppose the idea, he does not see the need of another Chapel when nearby there is already a Catholic one belonging to Chile and another Ortodox  belonging to Russia.

«Furthermore, a Chapel means a priest and a priest would not be of much use outside the exercise of his ministry» commented the respondents between the lines.

«Two extra pairs of hands that help with daily tasks are welcome but if the priest who arrives were a person who does nothing, it would be an extra worry, an headache for the few who are there».

«In the nearby Russian Base, there are two Orthodox priests; one a carpenter, the other a plumber» points out Busqueda.