Antarctica’s frigid winter temperatures are in contrast to trends in the rest of the world, which overall recorded its fourth hottest summer.  The South Pole just had its coldest winter on record. 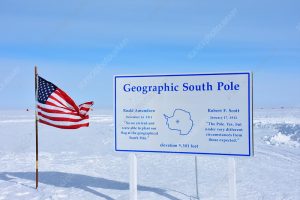 Between April and September, a research station sitting on a high plateau in Antarctica, registered an average temperature of minus 78 degrees Fahrenheit (minus 61 degrees Celsius). That’s the coldest temperature recorded since record keeping began in 1957, and about 4.5 F (2.5 C) lower than the most recent 30-year average, according to “The Washington Post”.

The previous record for the coldest winter was minus 77 F (minus 60.6 C) in 1976, Stefano Di Battista, a journalist wrote on Twitter. The Post learned of this record through Battista, but then confirmed the information with Richard Cullather, a research scientist at NASA’s Global Modeling and Assimilation Office.

The frigid winter is likely caused by a strong polar vortex in the stratosphere, the second layer of the planet’s atmosphere from Earth’s surface, according to the Post. “Basically, the winds in the polar stratosphere have been stronger than normal, which is associated with shifting the jet stream toward the pole,” Amy Butler, an atmospheric scientist at NOAA, told the Post. “This keeps the cold air locked up over much of Antarctica.”

Scientists told the Post that the climate in Antarctica is prone to rapid change and that a frigid winter doesn’t mitigate the seriousness of climate change.
Read more at: South Pole froze over in coldest winter on record | Live Science