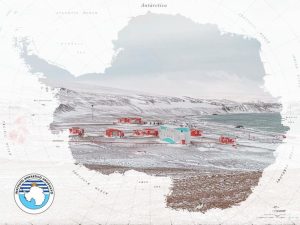 On October 7, 1985, at the XIII Consultative Meeting held in Belgium, the Eastern Republic of Uruguay was accepted as a Consultative Member of the Antarctic Treaty, thus becoming part of the group of Nations that have a voice and a vote in the decisions of the international community of Antarctica. In recognition of this fact of enormous importance, every year Uruguay celebrates October 7 as “Antarctica Day”.

Yesterday,  october 7th, marked the 37th Anniversary of the entry of the Eastern Republic of Uruguay as a Consultative Member of the Antarctic Treaty System, thus october 7 of each year, this recurrence is celebrated with great emphasis.

This event brings to mind the verses of  Delia M. Musso, a Uruguayan writer and poet:

it is a liquid paint

of the infinite sky

to the infinite sea

where the sound wave

And breathe the sea, 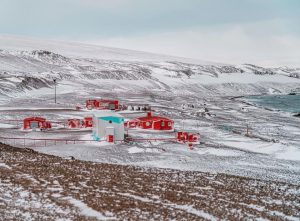 In this set of poetic compositions, Antarctica appears as a universe of lines, spaces and interior music, of movements and extraordinary realities that have the call of infinity and the absolute, in which the grandeur of the sea, of the ice nor that of silence. They are short, untitled compositions, a fact that strengthens the unity of the collection, in which associative, plastic and phonic values predominate over the metrical regularities of the verse. A re-creative figurative language that gives a certain life to this Antarctica and that presents it as a site not exempt from mystery due to its unfathomable grandeur,  totally impossible to know.

WAP joins the Uruguayan friends in this important recurrence.