Antarctic season is going to start.  Shortly several Bases will  open for the 2022-2023 campaign  while the overwintered  personnel are waiting new replacing Teams  to come.

In addition to several stations already active, as for example VKØWN, VKØMQ, few VP8s from the Falklands some sporadic KC4 from McMurdo and South Pole stations, here below  a short  list of next Hams to join this year Antarctic campaign: 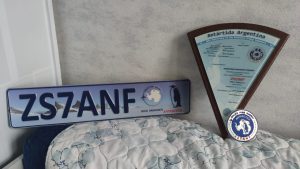 Wolf Fang Runway (WAP MNB-12)  Oleg ZS7ANF has left yesterday for Antarctica. Activity till the end of December at WFR.

We got a message from Oleg today (oct.15):
I arrived to Punta Arenas (Chile) today. We hope to fly to South on the 18th to be at WFR by October the 20th,  to be on air after  November 1st when my FT991 and Steppir arrive. So, see you on air soon.

FT4YM will be again in Antarctica  following the French Teams. No dates are available by now but Mehdi F5PFP have wrote that, during the period of staying, activity is foreseen  from the following bases:

Bouvet  3YØJ should  start next Jan 2023. WAP is  waiting to see from which site of the island the Camp will be set  (probably a new WAP Reference)